As an insurance agent you know better than most how a business’ insurance coverage is not a “set it and forget it” situation. Just as you advise your clients to review their coverage periodically and when changes to their circumstances occur, so too should you review your agency’s professional liability coverage. Connect with your Big “I” Professional Liability program manager to discuss the types of coverages you should have in place, and whether you should consider increasing your E&O limits. If you have had the same coverage for years but your business has increased or diversified in that time, your program manager can help you ensure you’re covering any greater exposure.

Financial ratings give insight into a carrier’s ability to pay claims, which, along with the potential of financial loss, are ultimately the reasons businesses purchase insurance.

However, insurance companies can only pay claims if they have the funds to do so. It is not uncommon for an insurance carrier to become insolvent, leaving it unable to pay claims.

Additionally, beyond claims, an insurance carrier is responsible for costs associated with legal services required to defend a claim. Litigation costs today can amount to significant amounts that most businesses and consumers would be unable to pay without the financial backing of an insurance carrier. If an insurance carrier becomes insolvent, then it can no longer meet its policy obligations to pay loss costs or defense costs on behalf of its insureds.

Even if an insurance carrier isn’t insolvent, it can still be financially impaired, which could impact its ability to pay claims. The guaranty fund is only in place for insurance carriers that have gone insolvent, not those that are financially impaired. However, even if the guaranty fund is available, it may not cover certain types of claims and typically has a cap of $300,000. It is not uncommon for an insurance agent’s errors & omissions claim to exceed that amount, leaving them responsible for the excess amount.

Reviewing an insurance company’s financial rating should be part of your assessment in determining where you place your E&O coverage. If you place your coverage with an unrated or low-rated carrier, then you are potentially exposing your agency to a significant financial loss should that carrier become insolvent or impaired.

Do I need cyber liability?

Short answer: Yes! And Big “I” Professional Liability has a solution through Coalition in addition to other market options.

Through our Big “I” Markets platform, any Big “I” member agency can quote and bind insurance online from Coalition. Big “I” members also have direct access to Coalition’s underwriters and renowned cybersecurity experts via online chat throughout the sales and underwriting process.  Learn more at www.bigimarkets.com/coalition-cyber or schedule a call with our very own Cyber Program Manager, Carla McGee, CPLP, RPLU, ACSR.

Additional cyber coverage options for your agency are available and vary by state. Contact your state E&O program manager at www.independentagent.com/EOcontact to learn more.

Who can help me review my E&O coverage? 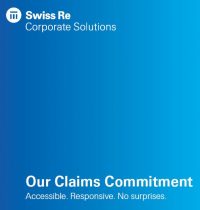